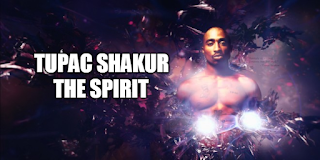 Legacy-Greatest of All Time/G.O.A.T., Star on Hollywood Walk of Fame, Educational Courses taught at Universities on his life and music, Rock & Roll Hall of Fame Inductee, Biographical Books & Movies, Hologram at Coachella, Tattoos with his image, Apparel with his image, Tupac Amaru Shakur Center for the Arts, 7-Foot Bronze Statue, Tupac themed Restaurant, Stories that he is hiding out in other countries, Ongoing questions about who assassinated him, etc.

Tupac Amaru Shakur commended by God in Heaven, to come into the world in 1971 to serve as a Prophet. Tupac was born Lesane Parish Crooks and was ready for his commission when he was renamed Tupac Amaru Shakur. As Jesus was born Immanuel, he was commissioned and was then called Jesus. Abram to Abraham had the same occurrence, all of these men left a legacy and established creation in the world for God. Tupac amazed the world with his talent and ambition. He left a prolific impression on those who have been graced by his artistry, wise words and witnessing his fearless way of speaking out about the injustice placed upon him and the injustice that he observed in the inner city. A black man that inspired other black men to feel comfortable wearing a bald head. Why is it far-fetched that he worked for God in Heaven, when we acknowledge his legacy?

Tupac Shakur was in the world as a 7th Level Elder, part of a group of Elders titled Hierarchy of Heaven. They are the oldest and most mature Spirits who are complete and balance. They come into the world and experience alongside everyone, they are unconventional, mature in their personality, use their soul as a guide and closely work with God in dealing with creation. They don’t remember their full eminence while living in the world and everyday people wouldn’t know or consider what rank these people have in Heaven. God allows them the same free will as everyone, because he wants to see how they behave while forgetting their rank of attainment in spirit. God doesn’t want them to appease him, he wants them to use their soul and fix problems, they have to be selfless without trying or pretending to be, these requirements ensure that they do not take advantage or misuse their spiritual rank. God wanted Tupac to have a massive platform, that could be used for national attention. Tupac was already a very creative Spirit, so he chose music and acting as a career. He started out early at 14 years old developing his creative side and future career. Everyone can look into Tupac’s eyes and see how genuine and introspective he was, how his conversation was well past that of his age, how everyone was and are drawn to him for their own personal reasons and how he would talk about God. We don’t know many who have left an enormous legacy and have accomplished so much, even if they had lived to be 75.
Tupac had a direct connection to God and as he openly let people know that he talked to God, he already was sent insight that he had adversaries in the world and that is why he made it known in some of his lyrics. Dr. Martin Luther King Jr., was also given insight and spoke about it; he knew he wouldn’t be present to see the end of the civil rights movement. In life,  when you observe and listen to the underlying message of what people say, you have tapped in to their innermost feelings, like when Tupac first piqued our interest in who Makaveli was. When Tupac brought Makaveli into present day conversation, he was sharing what resonated in his soul. You can come back from death, because you don’t die, your spirit has returned to the world over and over. Makaveli faking his death could never happen, because you don’t die anyway, even if you get put on the cross, you don’t have a lifetime, you have an existence. Although, Tupac delivered the message in an unusual way, you have to dig deep in order to discern what he was saying about what Makaveli did and why he connected with the notion of not dying.


Tupac was sometimes looked at as a thug figure, gangster rapper, homeboy, cool and controversial, but as he left Heaven to begin his lifetime in 1971, God knew Tupac as Master Teacher, Prophet, Healer, Creative Artist, Activist, Mediator, Wise, Faultless, Mature, Intelligent, Gift Giver, Naturally Ambitious, Focused, Resilient, Trustworthy, Reliable, Philosophical, Responsible, Eyes that are good and bared the purity of his old soul, Elder. God’s colleagues the Elders, work with him in Heaven and are sometimes born into the world. Elder’s, establish creation and intervene in the leading problems in the world. When their lifetime is over, they bring back their experiences, as well as the evidence of, the methods & modalities of Spirits in the world. While in life Tupac blended in well with others and his first-hand experience gave him an insider’s view. He shared with God the pandemic of inner-city crime & poverty, murders & atrocities against each other, misdeeds of politicians, the entertainment industry, religious & personal greed, homelessness, police brutality, increased drug addiction, teenage pregnancy & prostitution, racism, children growing up in lack, decline of the family unit, criminal justice & legal system, people’s behavior hateful/lustful/jealous, the oppression of “Thug Life.” God cursed Tupac to see what life should be like. It was painful for him to witness the plight of others and that is why he was so outspoken and passionate, Tupac was doing “God’s work.”


Tupac shared his wisdom on Thug Life as anything in life, that robs you of experiencing life by oppressing you, someone else intentionally causing you hardship by exercising their personal power over you, to hold you back or keep you down. The expansiveness of your life is taken from you. Thug=Take. When you wear Thug Life on your body, you identify with being held down by circumstances, people, legal system, etc. Tupac knew the violence was attributed to a survival mentality, I’m going to take your life before you take mine. Henceforth, “Thug Life” was appropriate for the problem that existed and it was not just about Tupac intervening by coining the term and tattooing it on his body. It was about God having to deal with the massive number of Spirits that returned to Heaven murdered, taking life from each other. Tupac interceded as an Elder, with going into the trenches and sharing what it looks like, when someone wants to take from you. He did not promote gang banging and wanted them to stop taking from each other. He presented them with Thug Life and what it did to their community. Tupac wanted to bring peace to the ongoing feud between those who grew up in the inner-city just like him. He brought the idea of unity and what that would feel like. “Instead of self destructive, try self productive, all the mentality must stop, we have to find a way out. Organize, if we so strong as Hustlers, as G’s, as Thugs, then we shouldn’t have no rape, no violence and no gunshots in our community. We need to take care of our own.”

Although in Tupac’s lifetime he was a black man, non-religious, didn’t hold to one particular ideology, he was God’s elect sent to advocate and change circumstances for the better, for a mass number of people. He innately knew that he was doing God’s work and found that, the images that reflected those doing God’s work was misleading. The characters who were supposed to be doing God’s work, got their money and went home to their luxurious accomodations after leaving their mega church and the people remained in lack and poverty. This is one of the reasons God was secure in his choice of Tupac, his reflective nature shed light on many critical matters, he did not pretend and he participated in many platforms that worked to heal the inner-city communities with underserved children. To God those children, would grow up and needed to be useful within creation, by bringing something original and beneficial to the world, that only their soul could create. God already knew that Tupac could be trusted to use his soul and that he would serve as prime example, of a person using their soul. Tupac was never distracted or slowed down by his mounting criminal allegations, he remained ambitious and focused. He was still working and wasn’t asking God to rescue him, Bloods vs. Crips Truce, East Coast/West Coast “their is no beef,” activism for political issues, activism for social issues, business, wisdom, music, movies, legal issues, etc.
Their is a spiritual explanation for every worldly occurrence and experience. Every person in the world is a Spirit who has a body and were born for a purpose. It’s everyone’s job to find their purpose and the meaning of it, that is why their will never be another Tupac Shakur. God only created one, there is no comparison to Tupac because no one has had the same experiences, that he has had within his existence and have not been commended to fulfill the specifics of his lifetime work. Tupac is a very accomplished Spirit and it took eons of time for him to develop into a Prophet and now a Lord. He earned his rise in rank and when Tupac was assassinated in 1996, he returned to Heaven and had ascended to Lord, due to him using his massive platform, reaching a wide range of people, in every age group, in every part of the world for the betterment of all. No one in the world really considered why Tupac was so great and why his legacy continues to grow? It is because he was here on business and he corrected some of the issues God was dealing with. God’s choice of his elect in the world, comes with them being tried and tested thoroughly on every level imaginable, so that they can assist in establishing creation and bringing resolve to the prevailing issue of the time.

Like everyone else, Tupac is a Spirit from Heaven, who happens to be a decision maker because of his personal contribution throughout the existence of spirit. As a Lord, Tupac works in a council of Elders who create, mandate and impose ordinances/decrees that impact every individual spirit created. When Tupac lost his body due to the trauma it received after being shot multiple times, his spirit returned to Heaven, his work didn’t begin when he arrived on the scene as Prophet Tupac Amaru Shakur, it began when he was created. 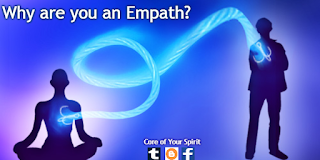 Why are you an Empath?